With an introduction of promoted posts for business by Facebook, it really has taken social marketing to a whole new level. But how do you make it work for you? We’ve put together the low-down of this great new tool and how it will impact your social strategy.

What are Promoted Posts?

Traditionally, the reach of your organic content on your business page is limited by the EdgeRank algorithm implemented by Facebook (well worth a read of this if you have the time). To surmise it briefly, when you posted content on your page, the update would only reach a limited number of fan’s news feeds, as the algorithm ranks and shows content based on the likely interest f the end user.

Promoted Posts will be rolled out to all pages (with 400 fans or more) and will be a paid offering for page admins to promote recent posts, extending the reach and exposure they would ordinarily receive, increasing the percentage of end users that your organic content reaches.

So, what can you promote? Well, anything you like! From polls to prizes, images and updates, the choice is yours. Promoted posts will be displayed on the main news feed (not to the right hand side bar where ad’s are displayed) as a “Sponsored” post, and will run for up to 3 days after the post was originally created.  (So if you wait one day before promoting, the promotion will only run for an additional two).

Why should I use them for my business?

According to Facebook HQ, fans spend 2x more on average than non-fans, which as a stand alone sentiment is reason enough to integrate Promoted Posts as part of your social strategy. With the extra push and extra coverage, the extra engagement as a result will improve your conversion ten fold.

Although it technically can be used on any post you wish to promote extensively, it is worth refraining (if anything but to just save yourself the pennies!) and concentrating efforts 4 on key areas:

How does it work?

It is a fairly simple process, as depicted in the image below. Once you have clicked ‘promote’, you can click the drop down and specify particular target audiences by language or location. Pick your budget (Facebook will tell you your estimated reach with each amount), and away you go! Promoted posts can also be paused before the three day mark, if for example you wanted to cut ad spend, or if only a day or so is necessary for that particular post. 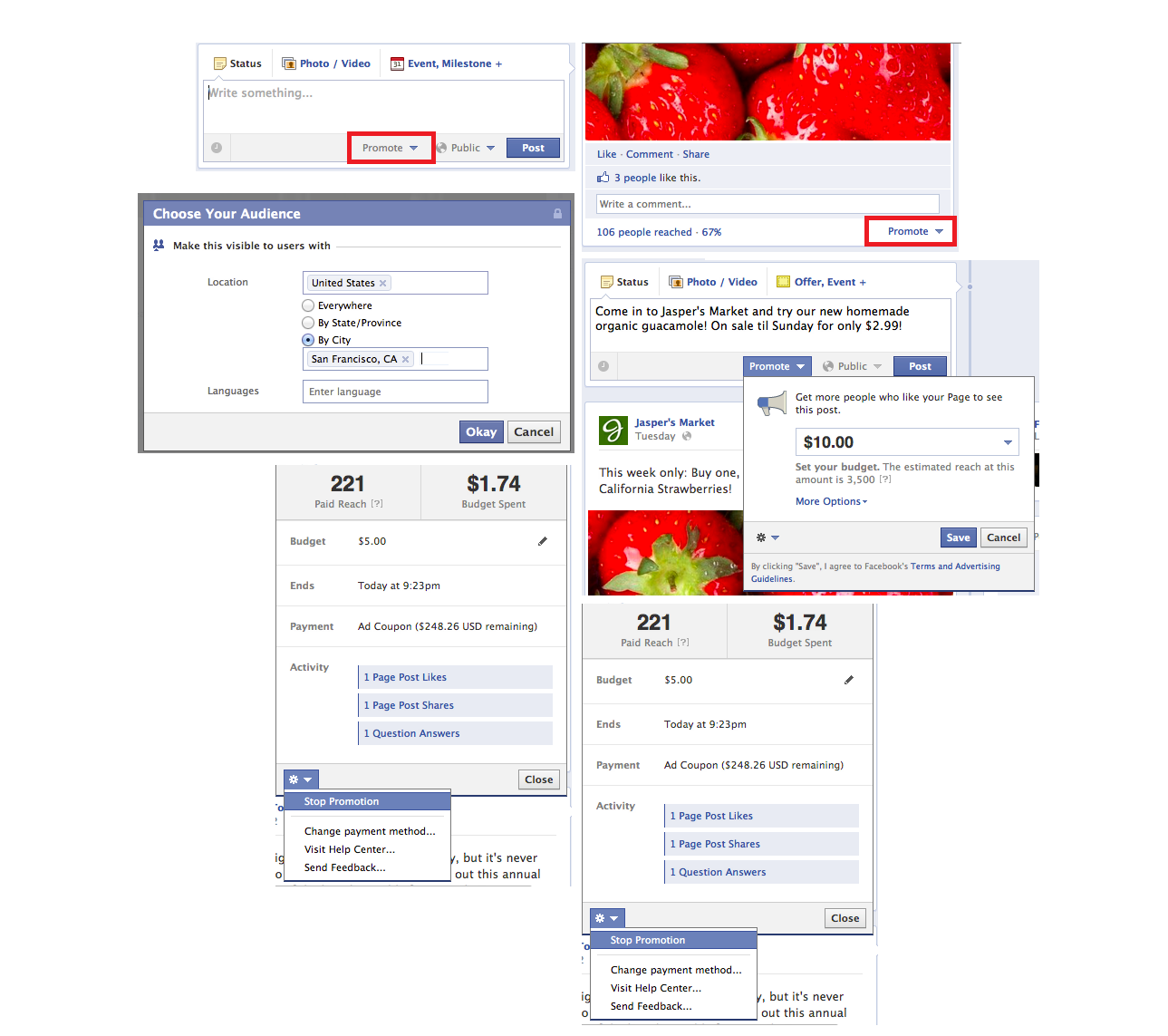 We of course, will be repeating ourselves again and again by saying it – but there really is nothing more important than measuring your success.

Ad Manager will create a new campaign for every Sponsored story/promoted post you create, and provide stats detailing click-through rates and impressions.

Insights will show in graphical form the number of people that post has reached, and the budget that has been spent up to that point (as shown below).