Although the beauty of Twitter is that it’s fairly simple, there are many different conventions and ways to use it that most beginners won’t be familiar with.

To get you off to a good start with Twitter, we’ve collected together a few of the top Twitter-related conventions we get asked about on a daily basis and have explained how to use them and why they’re so important to small businesses. 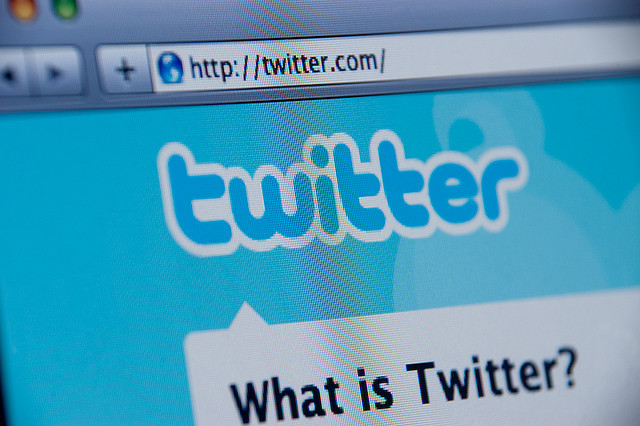 Tweeting or writing a tweet is the main way people communicate on Twitter. A tweet is like an update about what you and your company are up to, interesting things you’ve found or just observations about your industry.

To tweet you need to log into your account and write something in the box at the top which says “What’s happening?”. Your tweet must only be 140 characters long and won’t send unless you trim it down.

Your tweets then show up on your Profile and in the Timeline of the people that are following you.

Here are some of Codastar’s recent tweets: 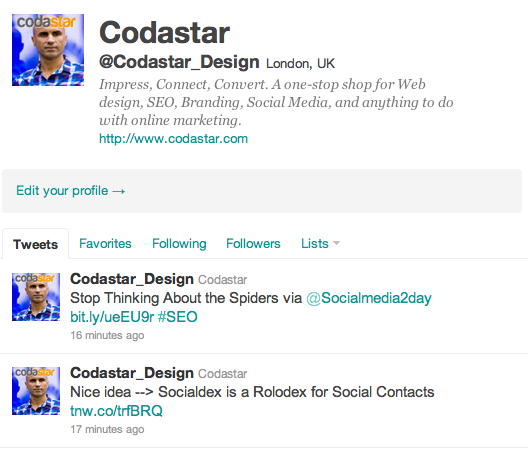 Important: It’s possible to delete a tweet you’ve already written if you visit your Profile page, find the tweet you want to delete, hover over it and then click the “delete” option. However, you can only delete tweets you’ve posted, not that other people have posted.

To write to someone simply click the “New Message” button and a pop up will appear. In this pop up you need to type the username of the person you want to send the message to, enter the message and then click “Send”.

You can also send something a Direct Message by visiting their Profile and clicking on the small envelope icon underneath their name and this then works in the same way.

Direct Messages are a good way of making connections with people that you don’t want the public to see. So if someone tweets about needing plumbing work and you’re a plumber, it might be best to send them a Direct Message containing your personal details.

An @Reply is a way of replying directly to what someone else has tweeted. So on their tweet you need to click reply. This will then put their username in a tweet for you and you can write your response, like this: 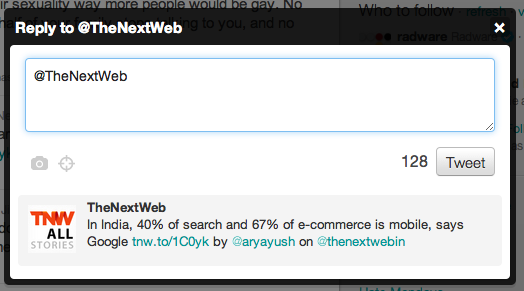 This is a great way to start conversation with another individual, a business or a publication. It also shows anyone watching your Twitter activity that you’re properly engaging with other users and not just broadcasting information.

People can then see that you’ve included them in an @Reply on their profile under the @Mention tab.

An @Reply is one way to write an @Mention, but you can @Mention someone without replying to their tweet. So let’s say for example you read an article in the newspaper written by a journalist. They haven’t tweeted about that article on Twitter, but you still want to show them you’ve read it, so you’d write:

“Great article from @theirusername in the paper today.”

It’s also a great way of passing recommendations round, so if you see someone tweet that they need a plumber, you can respond and use an @Reply and an @Mention like this:

This way it shows you engaging with other people and recommending those you know. This will make it more likely for one of those two users to recommend you next time and you can build relationships with other businesses in this way.

A Re-tweet, or RT is a way of sharing something that another user has already tweeted about.

So this could be if you see a link to an article, or research you want to share around too, a statement that you agree with, or a question or plea for help you want to try and help someone to answer.

Again, Re-tweeting the content of others will show you’re engaging with the Twitter community and will help you to make connections.

Every Friday many Twitter users share a list of one or many other Twitter users they think are worth following. They then tweet and include the names of the users as well as #FF or #FollowFriday at the end or the beginning to show people that this is their tweet full of recommendations.

It’s usually useful for all involved if the person tweeting includes the reasons why the users are worth following. So you could say:

“#FF @paulsplumbers for the great job they did in our office last week!”

You can use #FF to recommend people, build connections with others and position your Twitter feed as a useful resource for anyone wanting advice and new people to follow.

Adding a hash tag is a way of categorising a tweet or highlighting a keyword or topic. It can appear anywhere in a tweet and comprises of usually one or two words with a hash tag in front of them. 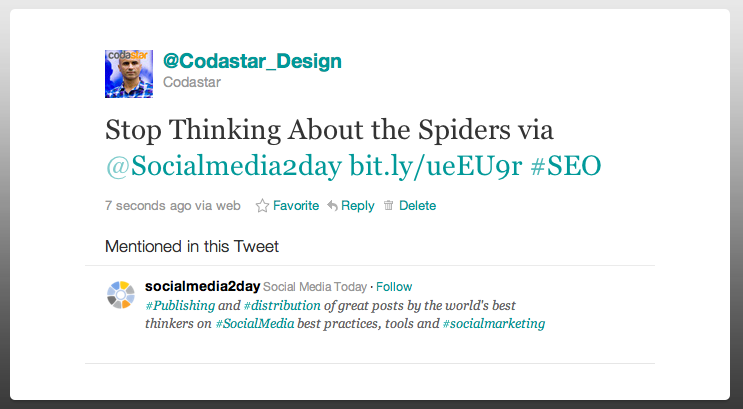 Hash tags are useful because people search for them using Twitter’s search tool, so if you include one chances are it’ll be much more likely to show up than if you hadn’t. This means your content and tweets will be seen by more people.

Clicking on a hash tag also reveals all of the other hash tags in that category, allowing people to delve deeper into that specific topic. So, you’ll be seen as knowledgable in your field if you use hash tags regularly.

Important: Although it may be tempting to add lots of hash tags into your tweets, don’t overload it as it can look a little like spam. Aim for around two per tweet, maybe three if it’s really relevant.

Here at Codastar we design Twitter backgrounds, help with deciding on a social media strategy and can even help you with community management further down the line, so give one of our team a call today to see what we can do to get your small business on Twitter today.